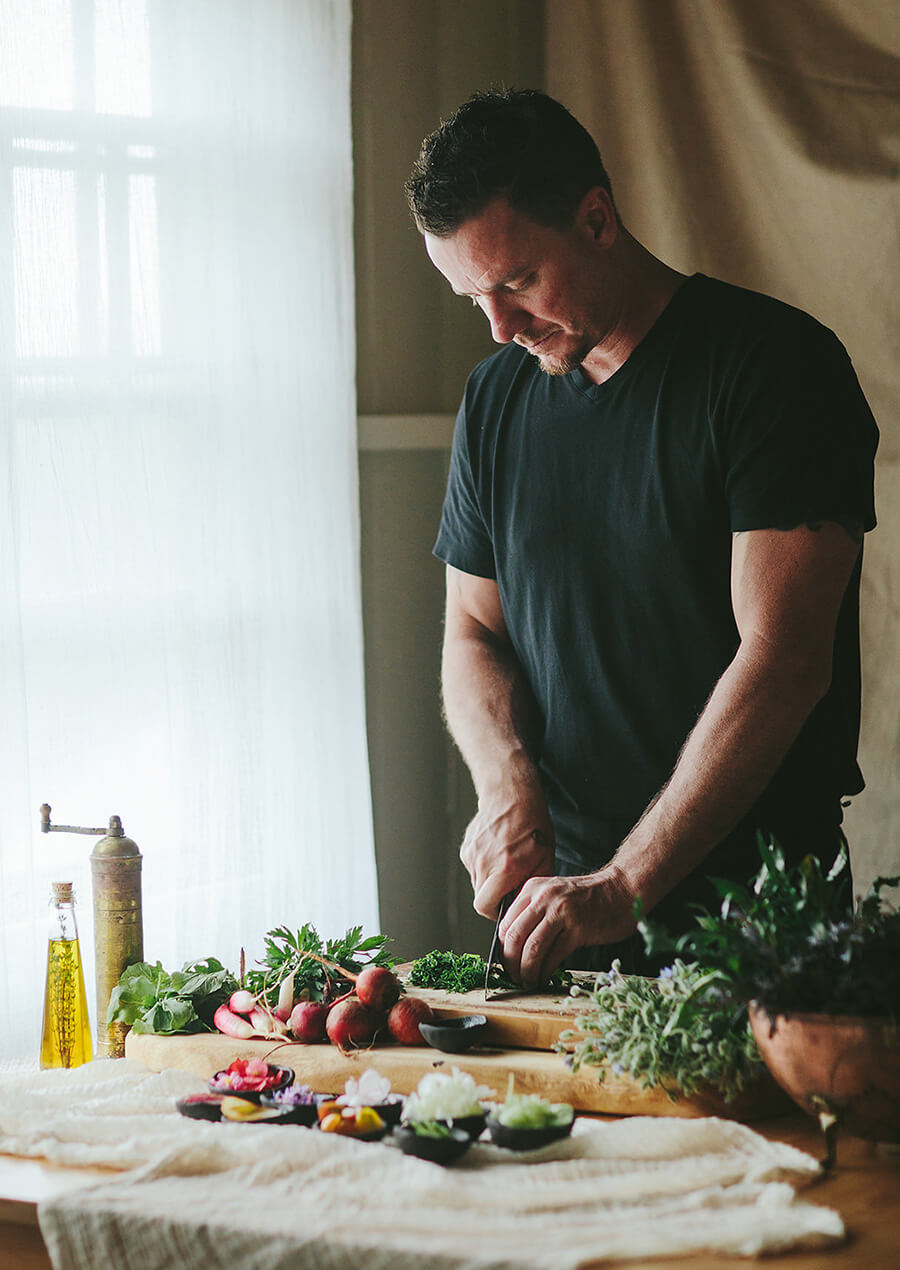 Owner and chef Brian Etheredge has been captivated by the culinary world since he was 13 years old. Delving into the world of elite restaurants after graduating from the Culinary Institute of America, he arrived in Maui in 1998 where he opened the award-winning restaurant Capische. Starting out with only nine tables, Capische soon expanded to three dining rooms with thirty tables. The restaurant received high recognition and acclaim offering private chefs and on and off premise catering. Capische also provided food service for the beautiful Wailea Hotel in Maui.

During his time on the islands Chef Etheredge has become a leader in shaping the culinary scene across Hawaii and has been an advocate for sustainability before it became an industry norm. Etheredge has been working with the same local farmers for more than 19 years. His relationships with the growers and producers ensure the freshest local ingredients which not only taste better, but help to sustain the environment and support the community. Brian is also a commercial fisherman with the ability and knowledge to handpick the best quality seafood for an exceptional dining experience.

Brian has excelled as both a chef and restaurant owner, winning numerous awards ranging from Maui Chef of the Year to Restaurant of the Year and Most Romantic Restaurant. He is widely acclaimed for his culinary innovations, creative dishes, and welcoming hospitality.

As a father and chef Brian Etheredge believes that food is about making memories. His catered events and exquisite culinary masterpieces are accompanied by a full scene-setting so every diner has an experience that lasts far beyond the final bite of dessert.